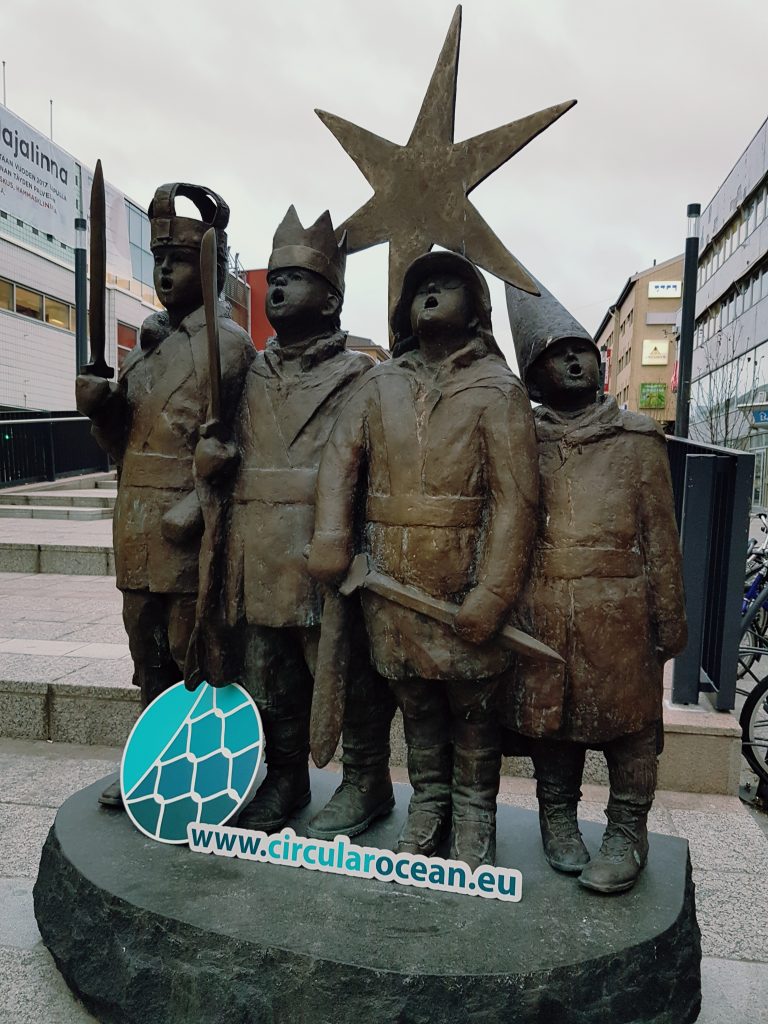 Circular Ocean travelled north to the city of Oulu in Finland last week to join forces with fellow NPA project “APP4SEA”, hosting a joint event at the University of Oulu on November 9th. The seminar focused on cross-border marine pollution, with a particular emphasis placed on the threat of oil spills to the Arctic region and the ever-increasing menace of marine plastic pollution.

Circular Ocean partners presented on innovative uses for reuse of waste fishing net and rope, including sustainable building materials and examples of other circular economy innovations from around the globe that could be applied to the Northern Periphery & Arctic (NPA) region.

Guest speaker Katariina Ala-Rami from the University of Turku shared perspectives on the Environmental Impacts of Maritime Transport in the Baltic Sea, while Samuel Hartikainen from the University of Eastern Finland presented his work on microplastic pollution in Lake Kallavesi and the City of Kuopio.  We were also delighted to hear from Amanda Sundell of “DROPP”, a Finnish social enterprise that donates 100% of its profits to the protection of the Baltic Sea, contributing €60,000 to the Baltic Sea Action Group since it’s inception in 2014.

The seminar exemplified the progressive new research being undertaken across multiple universities and countries, but reinforced the shared common problem of marine pollution, against which we are stronger working together to tackle this issue across the NPA region and beyond.

Thank you to Niko, Eva & Victor of the University of Oulu for working on the event with us and for your kind hospitality – toivoa tulla taas!